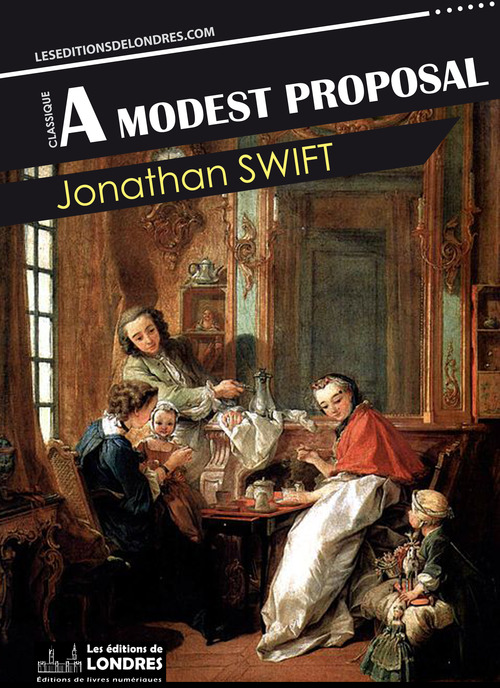 "A modest proposal" or "A modest proposal for preventing the children of poor people from being a burthen to their parents or country, and for making them beneficial to the public" is a satire (or a satirical essay) written by Jonathan Swift in 1729. In this essay, Swift suggests fighting poverty, hunger, and disenfranchisement in Ireland by having the poor families sell their new born babies as food items to the rich. If one is surprised by the outlandishness of the proposal today, one can imagine what the early Eighteenth century reader might have thought. This was a powerful way for Swift to protest against the treatment of Ireland, especially in the last hundred years preceding the writing of this essay (read our preface); but maybe to some, it did not seem such a bad idea after all? Discover A modest proposal with its original preface and biography in this new edition by Les Éditions de Londres.